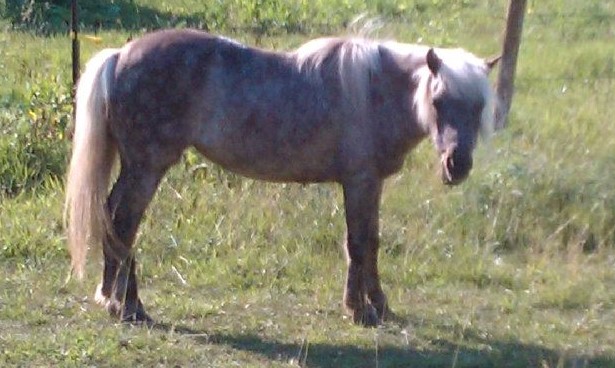 My aunt called me one cold very windy winter evening.  She was “out with the horses” and told me her Shetland Pony, Prairie Girl, was off her feed. The pony wanted to eat, but wouldn’t. She was walking in circles and then wandering around like she was lost.

What’s the first thing to do when a horse is showing signs of colic? Call the veterinarian! So she did. In fact, she called 3 veterinarians. Her main veterinarian was helping deliver calves, the second veterinarian she called “wasn’t taking new clients”, and the third wasn’t sure if they traveled that far. If they did, it would be morning before they could arrive. She couldn’t get a veterinarian out, what could she do to help her pony?

My aunt grabbed her Photopuncture Torch and her Photopuncture Digestive Support and Colic Chart She also grabbed a good liquid pre/probiotic, “DynaPro” (from Dynamite Specialty) to help balance the pony’s gut flora. As the cold wind blew, my aunt got the DynaPro into the pony,  held the light to the points the chart showed for 30 seconds, and paid attention to any signs the pony was feeling better. I stayed on the phone with her as she told me, “Prairie Girl was starting to lick and chew”. This was followed by a yawn, and a soft eyes.  She felt better knowing her little pony was relaxing. However, as all horse people know, a true sigh of relief doesn’t come until the animal poops. Within 20 minutes my aunt heard stomach gurgling. Another sign of a step in the right direction.

The cold and wind was beginning to be too much for my aunt’s fingers so she went inside to warm up. She sent her son and his girlfriend out to be with the pony.  During their shift, Prairie Girl laid down.  They encouraged her to stand. They knew she must get up and, after some convincing and encouragement, she stood. They gave her more Dyna Pro and went over the Photopuncture Calming Colic Chart again. They continued to see licking and chewing as well as hear stomach gurgling. After another 20 minutes, Prairie Girl pooped! 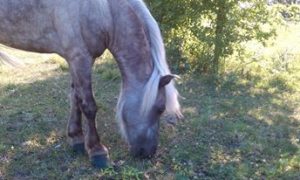 She continued to show signs of improvement. She began drinking water and had interest in her hay. The family took shifts checking on Prairie Girl that night. The following day a veterinarian confirmed she was out of any trouble. In hindsight, my aunt said she wouldn’t know what to do or what could have happened if she didn’t have her Lights & chart. They could be the reason her pony is still with her today.

If you’re interested in learning to use Photopuncture to help balance your equine friend … CLICK HERE for our online course.