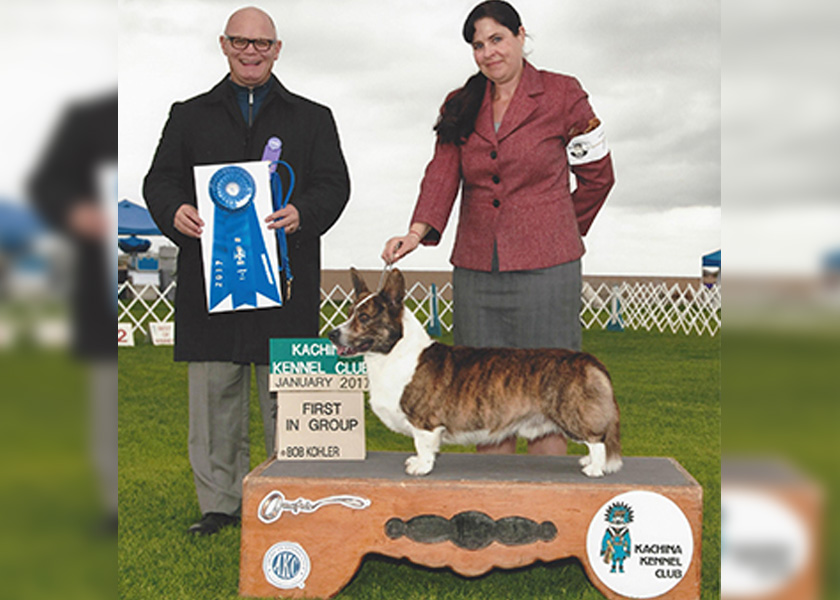 This beautiful boy is a 6 year old testimony for Light Therapy. 2 years ago he was in the top 5 Cardigan Corgis in the US when he went to Canada to get his Intl. Championship. While on the trip back, he tore his ACL badly. The local vet immediately called for surgery to knit the 2 ends of the ACL together. However, his owner knew that surgery would shorten his stride on that side.

So we over-nighted a light therapy wrap to Montana, and she began lighting up both hind legs twice a day. When she got back to Tucson, he also got swim therapy on a regular basis. Within the year he was back on top. Here he is winning a Group 1! (die hard dog show people know what that means).

Recently Bosch began to have neck stiffness and hot spots along his shoulders and spine.  His back muscles began to atrophy.  So on the 6th of June, we met Bosch and his owner in her air-conditioned motorhome to see what we could do.  A range-of-motion exam quickly showed that Bosch had no willingness to turn his head.  To either side!  He also showed resistance to extending both front and back legs.   So we began by releasing his neck, shoulders and hips with Photopuncture.  After about 15 minutes he let us know that he was done for that session.

So yesterday, I was able to work with Bosch again.  He had improved significantly, but still had some slight stiffness and heat.  But this time we found the exact combination of energy points to release his neck and shoulders – and it was obvious when we found it. 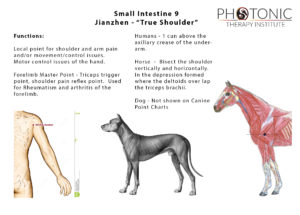 Those of you who come to the weekly Office Hours meetings will recognize the SI-9 chart shown here.  When I created it I referred to charts by many different experts and discovered that none of them (including the big book of acupuncture points used by Veterinarians) showed SI 9 (Small Intestine 9) for dogs.  So I left it off our EPOTW chart.  But not only did it show up as blocked on Bosch, when I activated it in conjunction with GB 21 his whole stance and attitude changed immediately.

With those 2 points lit up with the Photopuncture Torches, Bosch square his legs, lifted his head and started licking his lips.  He turned and looked at me as if to say “Well finally!  Glad you found it!”.

So whether you learn a point on a horse, or your husband, or your dog, be willing to look for it and try it out on other species! 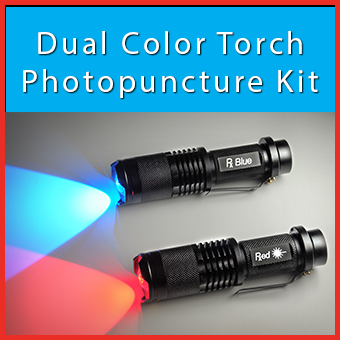